In 2012, TITAN Group consumed a total of 40,771TJ (40,765TJ by the cement plants and their attached quarries and 6TJ by three related quarries), in the form of thermal energy, in its clinker and cement production processes. The observed increase in total thermal energy consumption, almost 11.5% compared to last year, is a result of a similar increase of the volume of our production  as a consequence of  our successful efforts to increase the level of utilization of our facilities through exports of both clinker and cement. The corresponding specific consumption remained at levels similar to that of 2011, coming to 3,500MJ/tClinker. The cumulative reduction of specific consumption compared to 2003 is 12.4%. The largest source of thermal energy (97.0% calorific basis) came from conventional energy sources such as coal, petcoke, fuel oil and natural gas. Alternative fuels make up the remainder.

Alternative fuels consumption, as percentage of the overall thermal energy consumption, increased from 1.56% in 2011 to 3.03% in 2012. All of our plants that are using such fuels presented a substantial increase. Zlatna Panega plant, Bulgaria, achieved a substitution rate of 16.1% compared to 6.0% in 2011, the largest among our plants. To this end, Zlatna Panega was helped by the co-located alternative fuel production facility of GAEA that provided the majority of the fuel used. At the Kamari plant in Greece, alternative fuels accounted for 14.3% of the total thermal energy used, an increase of almost 40.0% compared to the previous year.  Moreover, our Thessaloniki plant in Greece managed a 40.0% increase with the additional benefit of using solely renewable biomass.  Although significant steps were made, our performance is still below the Group target set for 2017. 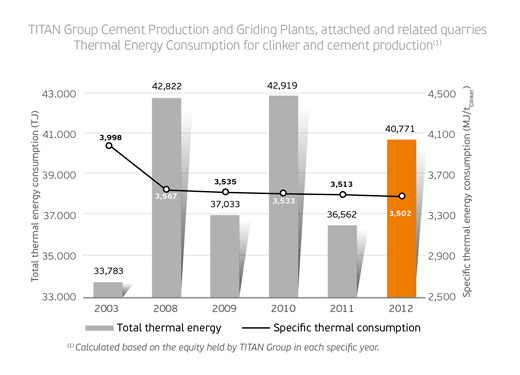 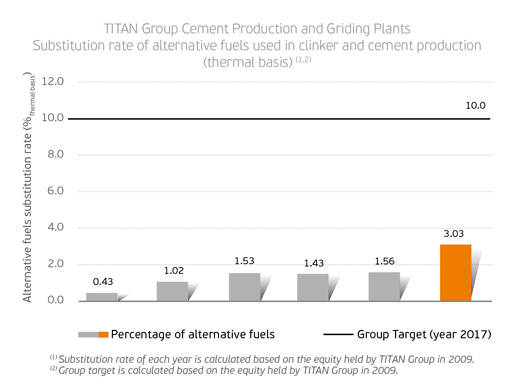 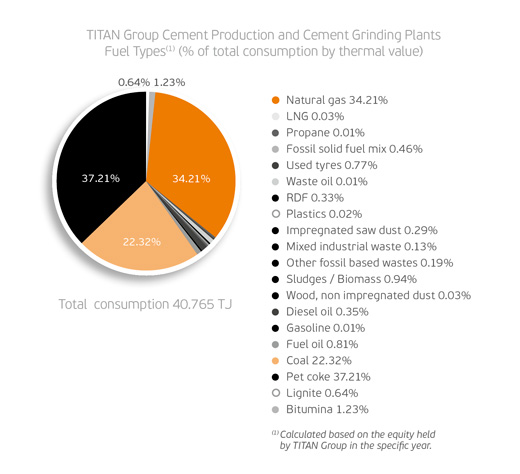